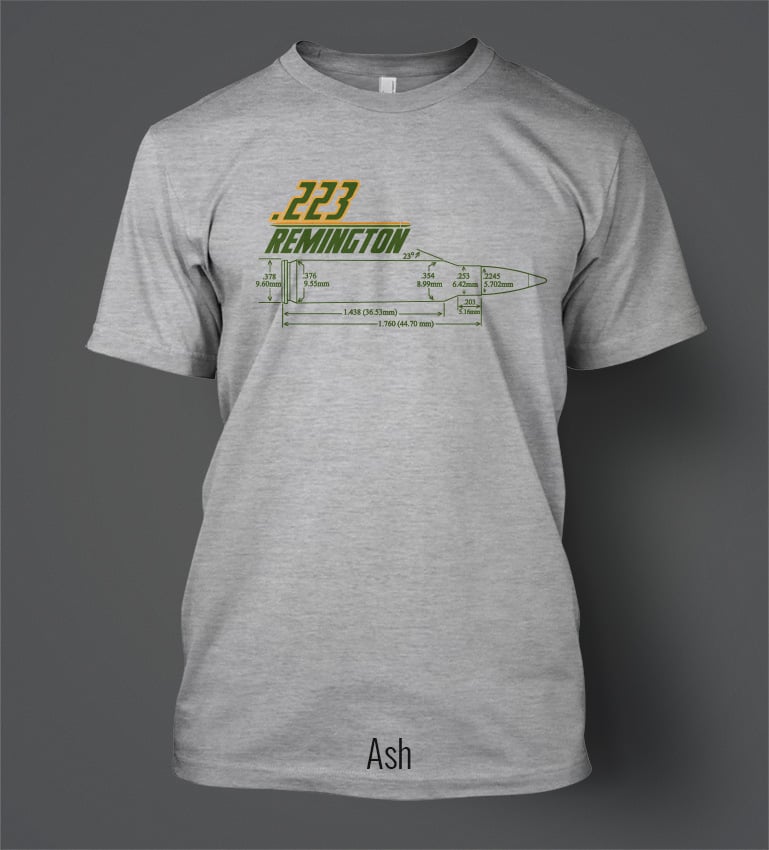 Arguably the most popular cartridge in North American, the .223 Remington is still offering varmint hunters plenty of rifle and ammunition options. This T-Shirt is printed in full color, with the familiar colors of the .223 Remington, on the front of a Light Sand, or Ash color, 100% Cotton, 6.1oz, pre-shrunk t-shirt.