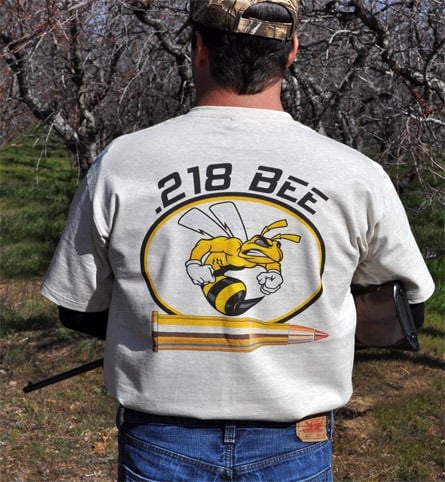 Printed on an Ash color, 100% Pre-shrunk Cotton Shirt, is the classic .218 Bee caliber. The cartridge print accompanies a full color Bee that is ready to sting!

The .218 Bee is a .224 caliber centerfire rifle cartridge designed for varmint hunting by Winchester in 1938. It was initially released in a lever action rifle, but Winchester and Sako both released bolt-action rifles for it a couple of decades later, with it being available in the Ruger No. 1, and the Marlin 1894CL more recently.