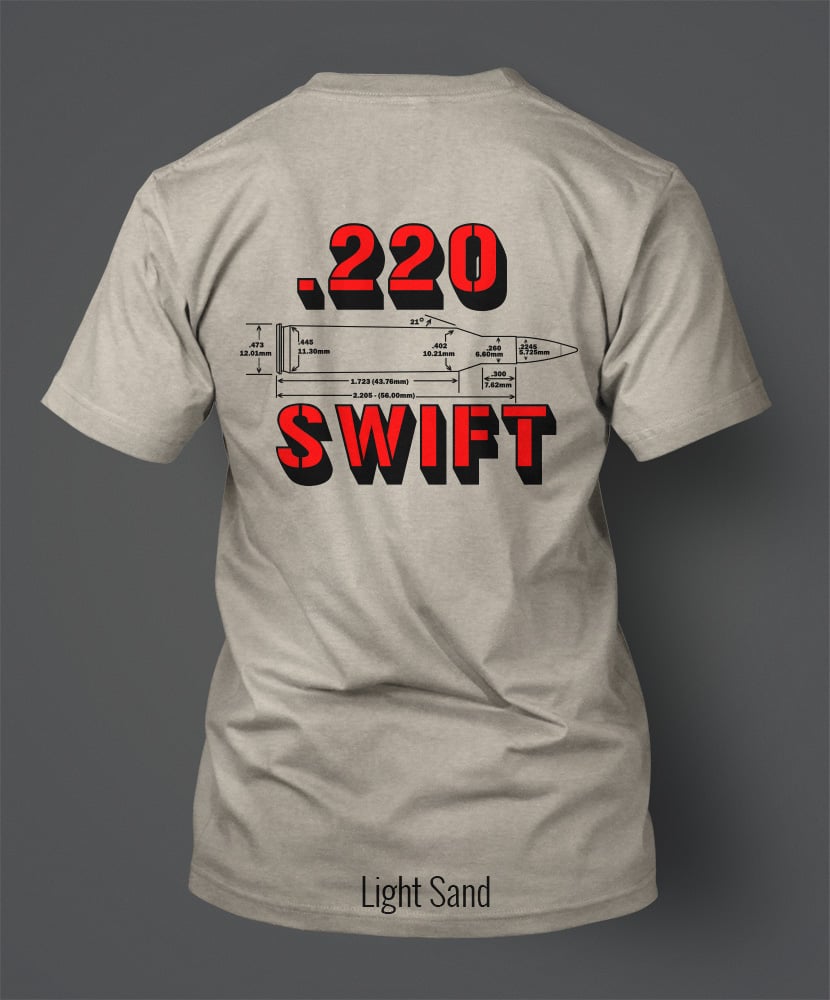 The .220 Swift is considered to be the "King" of the Varmint calibers. Although it is 80 years old, it is still very popular with varmint hunters who extend their ranges while out in the field. The Swift specs, along with ".220 SWIFT" in bold text, is printed on a Light Sand, or Ash color, 100% Pre-shrunk Cotton Shirt.

Upon its introduction it astounded the varmint hunting world by being fully 1,400 ft/s faster than its nearest competitor, which was the .22 Hornet. It was found to be an extremely accurate cartridge as well.

Due to its very high velocity its bullet drop allows dead on sighting on game such as groundhogs to ranges out to 375 yards, and it is still considered an excellent cartridge for taking varmints by experienced Swift shooters.