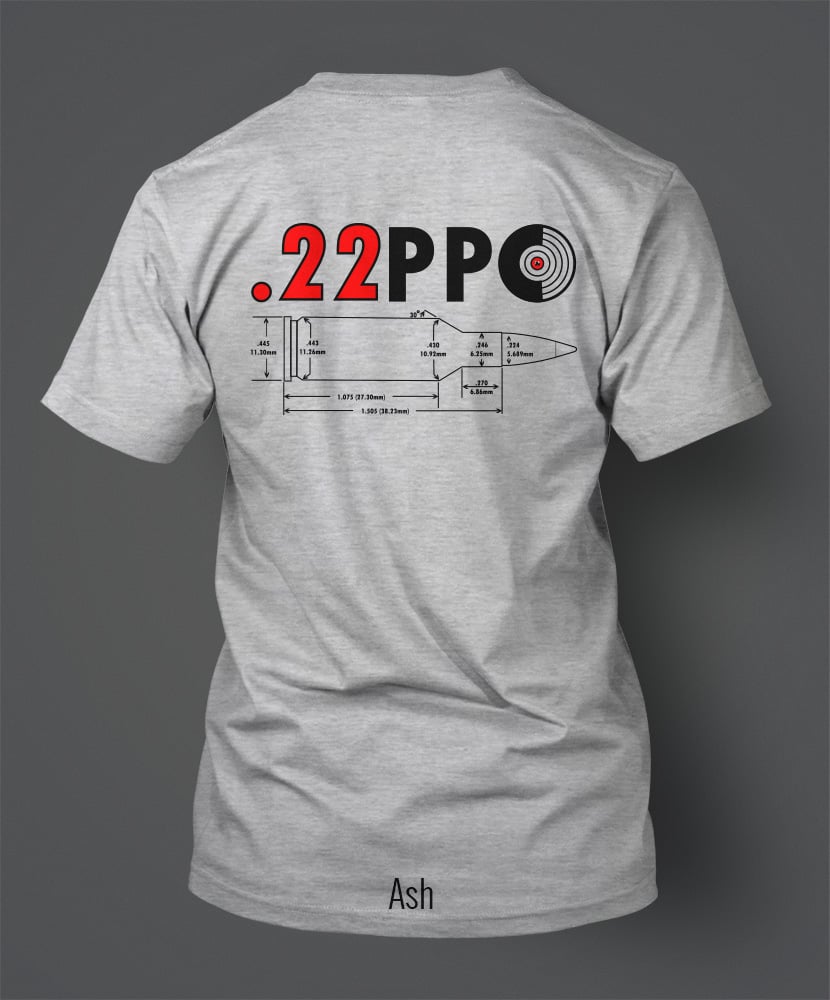 A benchrest favorite when released, this is the .22PPC caliber specs, and punched target, printed in full color on the front of a Light Sand, or Ash color, 100% Pre-shrunk Cotton Shirt.

.22 PPC is a firearm cartridge used primarily in benchrest shooting. It was designed in 1974 and was originally a wildcat cartridge until 1987, when SAKO, a Finnish firearms manufacturer, began producing commercial .22 PPC rifles and ammunition. Since then, several other manufacturers have created rifles chambered in .22 PPC, including Norma and Remington Arms.