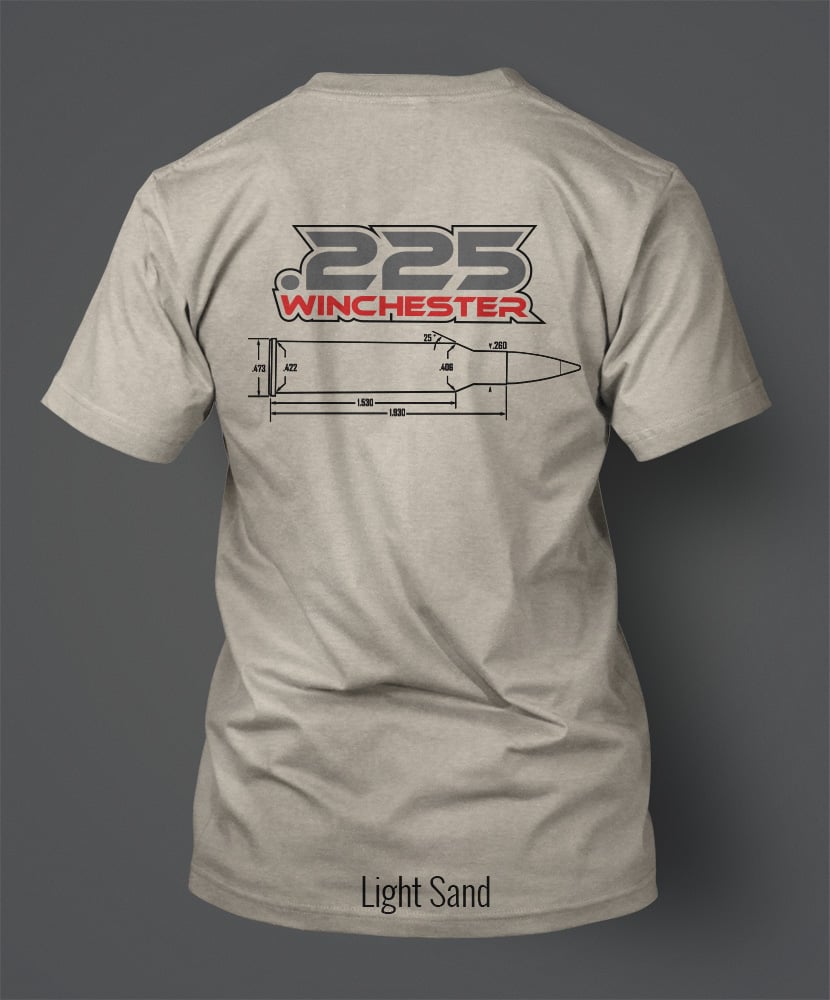 The .225 Winchester is the caliber that could have been. With the specs of this powerhouse printed on a Light Sand, or Ash color, 100% Pre-shrunk Cotton Shirt, it gives the cartridge the stature it deserves.

Due to timing, and the rise of other wildcats, the .225 Winchester was intended as a replacement for the .220 Swift cartridge which had a rumored reputation for burning out barrels. Despite having a modern straight taper design, the round was eclipsed by the older .22-250 Remington, already a popular wildcat introduced commercially a year later.